Which Are the Best Dating Sites For Women? 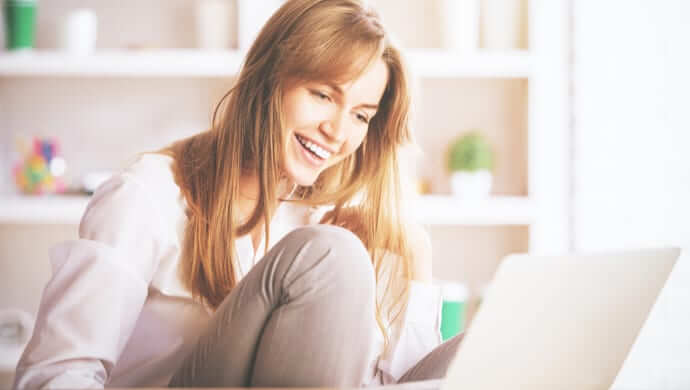 Dating is no walk in the park—not for anyone. Not even when the date you’re on is a literal walk in the park. It has always been a challenge to put yourself out there, trust someone new, and build a relationship. But these days, now that online dating has become the most common way that people meet their partners, singles face even more challenges in the field, especially single women.

To any woman reading this, it will come as no surprise that online dating can be rough. With so many creeps, liars, and scammers out there, finding a meaningful connection can seem near impossible. Often, it’s the online dating platform that makes all the difference, which is why choosing the right dating site is crucial. Unfortunately, between the handful of popular dating apps and hundreds of dating sites, finding the best dating sites for women can feel like searching for a needle in a haystack.

Identifying the main challenges women face with e-dating can help you in the search for the perfect dating site. Here, we’ve outlined a few of the most common challenges, so that you have an idea of what to look out for. Then, try out one of our recommendations for the best dating sites for women.

You don’t need to read research studies to understand that men and women have vastly different experiences of online dating. Those studies do exist, though, proving over and over again that, at least for heterosexual singles, women have it tough.

Here are some of the most ubiquitous challenges they face when embarking on a digital hunt for love.

With modern technology, people are more accessible than ever before. You can contact virtually anyone via digital messengers on social media or dating sites. But being able to contact someone doesn’t mean you should, especially when that person has clearly expressed that they are not interested.

A recent study released by the Pew Research Center found that roughly 60% of young women between 18 and 34 had been harassed by men online, despite clearly stating their disinterest. It’s the same problem of consent that women have faced since long before online messaging existed: men not understanding that “no” means “no.”

Disturbing as that finding is, it’s eclipsed by an even more startling figure — that 57% of women in that same age group had received unsolicited sexually explicit images or messages. Sadly this kind of content is run of the mill for many women outside of this age range too, from teens to older adults.

Another problem women face in online dating is a disproportionate number of men. You may think that having options is a positive thing, but in reality, it can make finding a partner even less likely. There are two reasons for this.

The first reason is that an overabundance of potential partners can lead to choice paralysis, or the paradox of choice. This is the idea that when someone is presented with too many choices, they are less likely to actually choose one. The second reason is that having too many dating options may lead women to be overly selective and lead them to rule out potentially good matches.

If having too many options can make women overly scrutinizing, it has the opposite effect on men. Because there are proportionately fewer women on popular dating apps and websites and so much competition, many men end up acting recklessly online. In an act of desperation, they may lower their standards and “like” women they aren’t really attracted to or have nothing in common with.

For women, this means being bombarded with messages from men that clearly haven’t even read their profiles. This is not only a nuisance to women, but a waste of time for both parties. Plus, no woman wants to date someone that matched with them so carelessly. The best dating sites for women are ones that try to even the playing field so that men don’t outweigh women so markedly.

People lie about themselves all the time online, especially in their dating profiles. The classic examples, of course, are men lying about their height or women lying about their age. These examples are no foundation for a meaningful relationship, but seem harmless compared to some of the other lies people tell online. Many women report matching with someone, only to later find out that that person was married all along.

There is another vein of liars that are more harmful than the rest—people targeting trusting singles online in romance scams. In 2019 alone, the Federal Trade Commission reported over 25,000 complaints from victims who lost more than $201 million collectively.

Romance scammers use fake profiles to create long-distance relationships with people they ultimately end up stealing from. Far too often the victims of these scams are older women.

Though many dating sites run free versions of their services, the best way to benefit from them is to have a subscription. So, rather than just signing up and trying your luck on every dating site out there, you have to be discerning. The site you choose will largely define your online dating experience, so women should choose carefully.

Considering the challenges listed above, we’ve selected the following services as the best dating sites for women.

Match is one of the oldest online dating platforms, and their simple, reliable service is why it’s stuck around for so long. On Match, users can filter messages by age and location. This helps them weed out messages from users they are not compatible with and preventing an inundation of unwanted messages.

Eharmony is one of the best dating sites for women looking for a serious, long-term commitment, as it has the best track record for finding meaningful matches. This service prioritizes safety for all of its users, especially women, providing easily accessible safe dating guidelines on every page and making it easy to block creepy users. They also have a dedicated verification team working to manually verify user information and shut down suspicious accounts.

Zoosk is a widely available and popular dating site with users in 85 different countries. One of its best features beloved by single women is photo verification. This service allows users to get their profile pictures verified by sending in a short video. Moderators compare the video to your picture to verify is authenticity and prevent catfish.

Elite Singles is a great service for more discerning single women, who will appreciate the site’s smaller user base. This is due to stricter membership requirements and a more expensive subscription. One feature that makes Elite Singles one of the best dating sites for women is the recommended matches. These are 20 compatible profiles sent to your inbox daily, making it easier to sort through potential partners. Users can also activate or deactivate matching to hide their profiles. Therefore, the only people who can see it are existing matches.

Online dating may not always be easy for women. That doesn’t mean that it won’t be worth it in the end. Using only the best dating sites for women and being mindful of your online interactions are good ways to get on the right track to love.

Nina Livelo is a contributing writer for a blog on relationships.She has experience in the realm of online dating, including reviewing and comparing different online dating services and apps.

I’m almost 70 but look like I’m in my middle 50’s.
I’m still working as a flight attendant and I’m VERY active.
I want to date 10 to 15 yrs my junior.
What can you do to generate a younger dating base. Once you enter your info then the sites generate men that are to old for me. What site might work for me?

You can set your age preferences for your matches and filter by age. Some dating sites also allow you to specify how important various match filters are for you, so you can select “very important.” 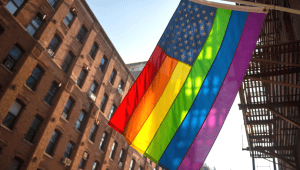 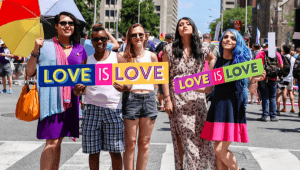