Should You Date Someone in an Open Relationship? 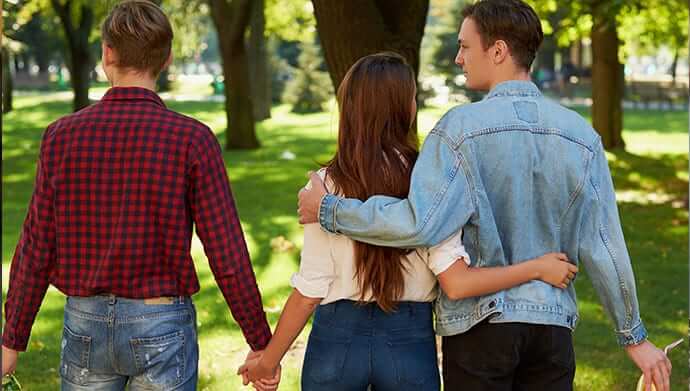 You’re scrolling through dating profile after dating profile on a dating website or app when you come across your perfect match. Someone who checks all the boxes. You’re both into yoga, you’ve got compatible star signs, you’re both dog people; all the things you care about most. But then you come across a curious and defeating line in their profile: “in an open relationship.”

Almost anyone who’s used a dating website or app is familiar with this situation. In fact, coming across people in open relationships in online dating environments is becoming increasingly common. The reasons are partly societal and partly environmental. That’s to say that more people are seeking non-traditional relationships due to growing frustration with monogamy.

Keep in mind that not everyone in an open relationship will mention it on their profile. For example, many websites, like eHarmony, don’t even include a relationship status question in creating a profile, because it is assumed that the users are single. In fact, certain dating sites will kick off users who are already married or in a committed relationship.  If you are questioning someone’s relationship status, you may want to ask in your messages whether the person you’re corresponding with is indeed single.

For some, this is an automatic deal-breaker. However, there are others who are intrigued by the idea of dating someone in an open relationship. Maybe you’re only looking for a casual fling. This set up pretty much guarantees a temporary relationship. Or maybe you’re just drawn by the exoticism of it all and want to try out something new?

If you find yourself seriously considering dating someone in an open relationship, don’t rush into it. You may find it to be a good fit for your lifestyle, but without the proper reflection, you may well end up feeling emotionally neglected, jealous, and unhappy. This article will clarify what is an open relationship, and what you need to consider before dating someone in one.

What is an open relationship?

Polyamorous individuals are open to multiple complex relationships. The nature of these relationships may be (but doesn’t have to be) sexual and emotional, and involves a meaningful connection. These relationships are non-monogamous and leave room for each partner to have one or more meaningful relationships outside, and sometimes within, a couple. In this context, there is no primary couple.

Here are a few things to know before you get involved:

1. It’s going to be difficult for you

For many people, the idea of a no-strings-attached relationship sounds exciting. Having the freedom to date other people is liberating. But when you’ve only ever been in monogamous relationships, it can be hard to break away from old emotional habits. For example, you might find it frustrating not to be at the center of your date’s romantic world. Remember that you are putting yourself in an emotionally vulnerable situation that will take time to get used to.

2. Listen to their open relationship rules and establish your own

When a couple decides to open their relationship, they must establish certain rules and boundaries. A common rule is no sleepovers, as extended intimate time with secondary partners could lead to emotional attachment. Other rules may include how often they can see secondary partners and what activities are off the table.

These open relationship rules are not yours to break. Don’t expect to be able to change them. Instead, establish rules of your own, if for no other reason than to keep you from getting too attached.

3. If you are unclear about something, ask

More often than not, people in open relationships are honest and understanding individuals. If you are unclear about how your relationship is going to work, they will be more than happy to explain or talk it out with you. The worst thing you could do is make assumptions, which leads us to our next point…

4. Just because this person is in an open relationship doesn’t mean they’re only looking for sex

So treat them with the respect you would treat anyone you date. Maybe sex is important to them, but they are not sex objects. People in open relationships, especially women, often report being treated disrespectfully by secondary partners who have assumed that they’re only looking for sex and are therefore open to being objectified. No one’s relationship status is an excuse to treat a person less than human.

5. You aren’t going to end up with this person committed just to you

This is not a good time to get too attached or fall into the selfish delusion that, because you feel a strong emotional connection, you will be able to convince your partner to leave their primary partner for you. Enjoy yourself in the moment, but prepare yourself to let go eventually.

Is this for you, or should you steer clear of dating someone in an open relationship?

The truth is, not everyone is going to be comfortable dating someone in an open relationship, even if they might think they want to. You may get jealous, and you will definitely feel vulnerable, but if you can make it work, you may just find it to be the most honest relationship you’ve ever been in. Plus, if you’re not ready to settle down, there is the benefit of experiencing companionship without a long-term commitment.

So, before you say yes to that married person who just asked you out on a dating website, ask yourself these questions:

The next time you come across someone in an open relationship on a dating website, take time to reflect on what you want out of a relationship before you say yes to a date. If it seems like something you are open to and emotionally capable of, why not go on a date to test the waters and talk about it in person. After your date, you can decide whether or not to pursue further interaction.

Dating someone in an open relationship can be a precious experience, but, in the end, it can only work if you are honest with yourself and with your partner.

Nina Livelo is a contributing writer for a blog on relationships.She has experience in the realm of online dating, including reviewing and comparing different online dating services and apps.

This website is an informative comparison site that aims to offer its users find helpful information regarding the products and offers that will be suitable for their needs. We are able to maintain a free, high-quality service by receiving advertising fees from the brands and service providers we review on this website. These advertising fees, combined with our criteria and methodology, such as the conversion rates, our team of reviewer's finding and subjective experience and product popularity, impact the placement and position of the brands within the comparison table. In the event rating or scoring are assigned by us, they are based on the position in the comparison table, or according to other formula in the event specifically detailed by us. See our How we Rate page and Terms of Use for information. The reviews, rating and scoring are provided “as-is” without guaranties or warranties regarding the information contained in our website, which shall not be considered as endorsement. We make the best efforts to keep the information up-to-date, however, an offer’s terms might change at any time. We do not compare or include all service providers, brands and offers available in the market.

The Trendiest Halloween Costumes For Couples in 2021 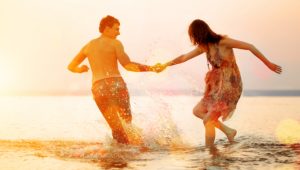